This season's must-have decoration is brand-new from IKEA, an 8-bit reindeer in green. It's designed by Monika Mulder, who also created the classic STOCKHOLM metal bowl made of fused flower shapes. 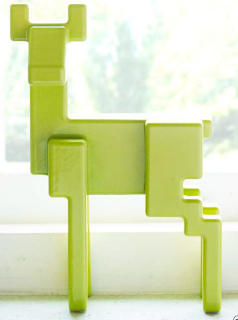 In Scandinavian folklore, the reindeer is a prophetic creature, a symbol of change. Starting from SAMSPELT, the Swedish word for "play along", this ancient symbol is reinterpreted in a modern version. The SAMSPELT pixelated deer made ​​of aluminium and painted neon green is 24cm high and  adds colour and style to any corner of the house.

"When I sketched SAMSPELT I was inspired by sculptures in public spaces and we wanted to do something with the same impact and symbolism," says designer Monika Mulder. "We chose a deer that is the most elegant animal of the forest and awakens warm feelings, affection and respect."

It is $20 in the US catalog, and in the UK catalogue which will be out later this month. 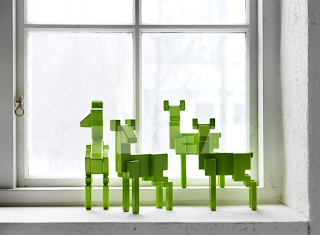 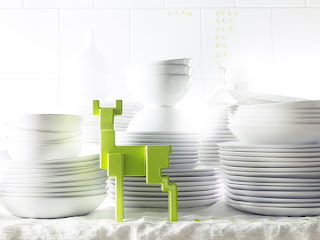